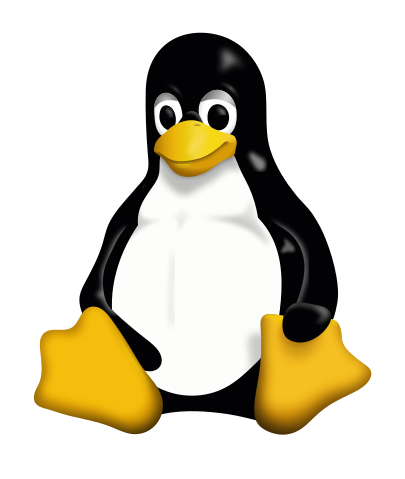 Logos and artworks in the Unix world, where do those come from. We’ll try to analyse a bunch of popular Unix mascots and logos.

Throughout my research I could distinct two groups of mascots and logos. Even though it’s not fun to have a binomial vision of the world, black and white, but this is what I found and this is mostly what it is.

Before starting let’s state a fact: Most logos/mascots have names.

We mainly have two types of logos, the abstract type of logo and the animal type of logo.

The abstract type is applied to the newest type of logos. There was a sort of transition at some point, which I couldn’t target, where animal logos stopped being popular.

The idea behind those logos are not always obvious, usually fuzzy, maybe even lacking meaning, and you have to do some research to understand the meaning behind them.

It’s abstract so sometimes you can imagine whatever you want.

Some good examples are the Ubuntu logo, a centric circle with other circles around, it represents a group of people holding hands which isn’t that apparent.

The Manjaro logo is also pretty abstract, maybe in the form of an M.

A more discussed one is the Debian logo, which name is the “Swirl”. It’s a simple brush, a GIMP brush to be precise. Debian also have a restricted, aka only for commercial use, type of logo used for CD covers for example. It’s a sort of urn or lamp and the “Swirl” comes out of it, a genie coming out of a lamp.

The Arch Linux logo is kind of abstract but has a meaning behind it. It’s literally an arch — pretty apparent, right?

This is a common pattern, to represent whatever the name of the software or project into a logo or mascot.

The older versions had a differently shaped curved arch, which doesn’t look like the current one. One even has Tux sliding on an arch, and yet another one was an architectural arch with a white rabbit under it — probably a reference to Alice in Wonderland (follow the white rabbit).

Why use an arch? The architecture of an arch is at the same type fragile while solid. If you move one brick it falls but the structure as a whole is solid. Good metaphor for how ArchLinux is a rolling release.

Talking about animals like the white rabbit brings us to this second category: animals and creatures.

The animal ones are usually older than abstract ones, with deeper and richer history.

Let’s go over some famous ones.

The Linux mascot is quite popular, Tux the penguin. The idea dates back to 1996 during a discussion in the kernel mailing list (KML), so you can guess it was discussed by developers and not designers. Alan Cox was the person who brought the suggestion of having a logo. The first few iterations they made were based on mocking other operating systems. For example there was one that looked like the Windows logo but ended with an L. One had a shark in it, one had an eagle, a lot of animals.

This was a big brainstorm until Linus Torvald mentioned that he liked penguins. It settled it.

Why animals? This makes you wonder the O’Reilly books have the tradition of adding a different animal on all their covers.

Then finally Tux the penguin was born, which was named by a dude called James Hughes. Tux stands for Torvald’s Unix, kind of self-centric.

The mascot was supposed to be chosen via a contest, which there were many, but no one actually won any of those. So the mascot isn’t really official.

The current version we see a lot online was made by Larry Ewing which he made using the first version of GIMP v0.54.

That little character in the GIMP icon is their mascot and it’s named Wilber.

It was created in 1997, around the same time as Tux, and drawn by Tuomas Kuosmanen — with GIMP itself.

Let’s move to the GNU mascot.

Same here, not much imagination, a gnu is an animal, a specie of antelope. Maybe Richard Stallman had that in mind when coming up with his project name, but probably not.

There are two versions of the GNU logo, the first one was drawn by Etienne Suvasa, I didn’t find the exact date of its release.

The second one dates back to 2001 and drawn by Peter Gerwinski, it’s a simplified form of the first version.

As with any logo, like the GNU logo, the goal is that if you’re shown the logo alone you can distinctively know what it’s about, what project we’re talking about.

Unlike abstract art that need to be accompanied by their project name to embody a sort of project spirit and soul.

On the same note the FreeBSD mascot has something of the sort.

Don’t be confused because their current logo is an abstracted version of their older one.

The original mascot is called beastie, a distorted pronunciation of BSD. It’s a BSD daemon but literally an evil demon — a play on word. A little red demon holding a pitchfork.

It was drawn by John Lasseter, which used to work at Disney, in 1983 when he met with one of the early BSD developer Sam Leffler. Though historically the mascot idea dates back to way earlier back to 1976 drawn by Phil Foglio as a payment for a locksmith job. (You can look more into that)

Tatsumi Hosokawa drew some new version of the mascot because there were issues with the old one which was thought to be too complex for a logo, was too colorful, and wasn’t unique to the FreeBSD community.

So in 2005 a new logo came out, drawn by Anton Gural, an abstracted version of beastie’s head, you can find it on the FreeBSD official website. It’s a 3D glossy head with horns.

However, it was mentioned that this was a new logo but not a new mascot. FreeBSD wants and will keep beastie as its mascot.

As I mentioned, beastie wasn’t used for FreeBSD only but for many BSDs.

For instance, it was used for OpenBSD.

The current OpenBSD logo and mascot is a pufferfish named Puffy but before that, like other projects, it went through iterations of testings which consisted of versions of beastie. Theo De Raadt assigned Erick Green to design a more special version of it. For BSD 2.3 he was only able to do beastie’s head sort of 3D like, shown on the cover of their CD, and for BSD 2.4 he finished the rest of the body and the pitchfork. The mascot had an added halo over its head to personify the system’s high security.

They settled for Puffy after many iterations, which fits more in the culture, it has spikes representing the intention of OpenBSD. They also include a set of artworks and music for every new OpenBSD release.

Beastie was also used for the Darwin OS but as of 2000 they went for a modified version called Hexley the Platypus. It mimics the BSD daemon by wearing a cap resembling the demon’s horn and carrying a trident.

The name Hexley is a misspelling of the name Thomas Henry Huxley a 19th century English biologist, which was a well known champion of Charles Darwin theory of evolution, nicknamed Darwin’s bulldog’s.

Their mascot is also an animal. It’s a little bunny called Glenda, a reference to a movie “Glen or Glenda” which is about sex change and transexuality.

It was designed by one of the Plan9 creator’s wife, Rob Pike’s wife, Renee French.

The name of the OS was also inspired by a movie, Plan 9 from outer space. So it’s not surprising that the mascot is represented with a space helmet. Renee also designed the GO programming language mascot.

What do icons and logos mean nowadays?

More and more persons are interacting with computers it isn’t like the way it was, computer users aren’t just made of a close community of developers or hobbyist. Mascot used to be visual clues that showed you belonged to a certain group but now it is synonym with an icon.

The icon you press on the screen to access a program. Users want and probably need a simple design that can easily be recognized everywhere. This partly explains the flat icon movement.

Moreover, it’s so trendy that there are logos for everything, any event, any incident, anything. Just check the next time there’s an 0day or malware or bugs spreading around. Why are we doing that? Because it’s appealing visually, it catches the eyes of normal users, it means that the public can refer to the thing with just the logo.

Logos and artworks aren’t that meaningful any more in the sense of regrouping individuals, the central point of a group with their norms and mentalities.

So this is it about logos and artworks, hope you enjoyed it.

There’s a lot more history behind all the logos and mascot I mentioned, I just scrapped the tip of the subject, so if you’re interested go out and look for more info and maybe even contribute to the discussion thread.