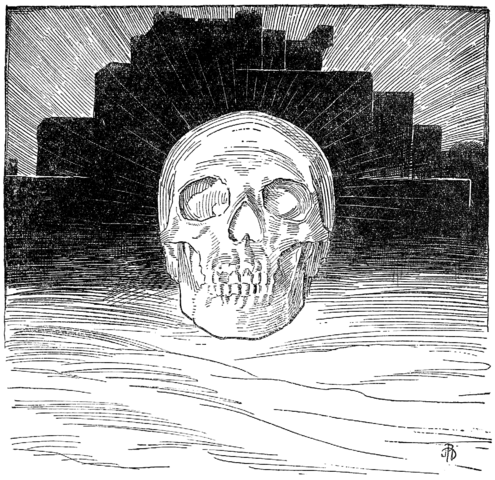 You check your processes and see some hanging around with a weird status and using no resources. You don’t know if you should remove them or not. Then you try removing them and it doesn’t work.
In this episode we’re going to discuss zombie processes.

A zombie process or, more precisely called a defunct process, is a process or thread, that has ceased to exist but that still appears in the process tree.

On most Unix-like operating threads have their own process ID in the process tree. The process tree being a table structure the kernel uses to keep track of processes.
And so a defunct process is merely an entry in that table, it doesn’t hold up resources, there are no file descriptors tied to it, it only uses the memory necessary to hold the process structure inside the table which is a relatively large data structure that can be 1.7 KB on 32bit systems.
For instance that structure is named task_struct in the Linux kernel and is held inside a doubly linked list whose root is the init processes’ task_struct.

The linking between processes is done in the structure using the following attributes:

So if you have a bunch of those useless zombie processes, they would just clog the process tree.
The real problem is not with the memory usage though, the issue is because there’s a limit of entry for processes that can be held in the process tree, that is the size of the process ID number, and if there are ton of zombie processes they might run out.
On Linux for instance that value on 32-bit platforms, 32768 is the maximum value, for on 64-bit systems it can be any value up to 2^22. You can configure this kernel parameter in: /proc/sys/kernel/pid_max.

You can take a look at this tree using the pstree command or the ps command. If you use ps -el, the -l to list the state of the process you can notice a Z for the state when it’s a zombie.

What’s that state? What does it mean for a process to cease to exist? And more importantly, why are those useless processes there? 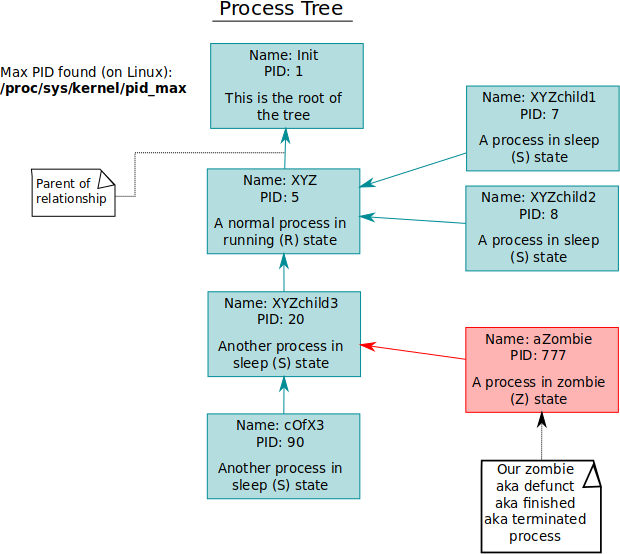 The state of a process is a value stored in the structure we mentioned earlier, namely the one inside the process tree.

A process can be in many states that reflects what it’s currently doing, switching from one to the other in a directed graph manner. For example a process can be in a running state, a stopped state, sleeping, dead, or defunct.
The value we see when running ps -l is one of those.

Being in a zombie state means that the process has finished execution but that the return status of the execution of that process is still there waiting for it to be taken by another process. A process finishes executing, has completed its job, when the exit system call is reached. The process should be in a “terminated state.” But it hangs there waiting to be cleaned. 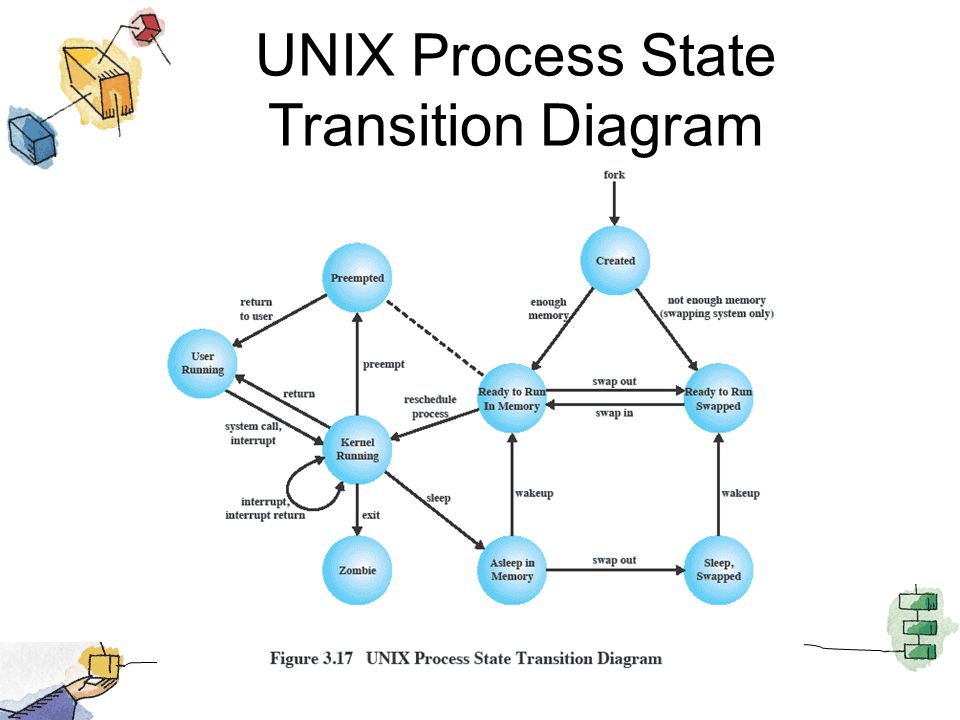 For example the task_struct, from earlier, in the Linux kernel has the following state attribute:

So why is it waiting? Let’s take a look at what happens when the _exit is reached in a POSIX system.

And from this we can understand that it’s actually the parent that makes the zombie wait until it’s able to fetch and acknowledged it has got the information it needs. When in that finished execution but in waiting state, the process is a zombie.

Now you get why when you set the flag to not wait or ignore signals sent from children there’s no zombie. 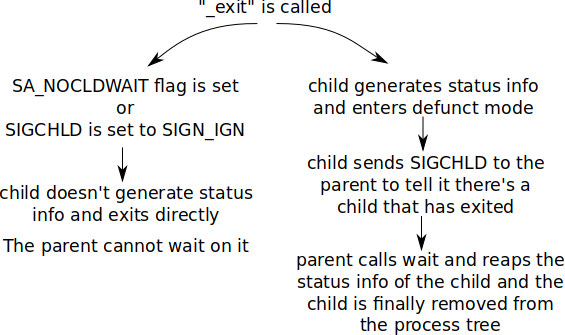 Normally, well written programs will immediately wait for the children processes to read their status, and zombies won’t stay zombies for a long time. But that’s not always the case.

Seeing a lot of zombie processes is probably and indicator that there might be a bug in the program. I say might because there’s a weird case when a software may choose to not reap children on purpose so that they don’t spawn another child with the same PID.

That’s not a too relevant nor common case as you could enable randomization of the PID generation on some Unix system, it’s even enabled by default on some. And even so PID on Unix systems are usually allocated sequentially until it runs out of value and then restarts at zero and again increases.

So what are good programming practices avoiding zombies.

You can set that SA_NOCLDWAIT as a flag to the sigaction on the parent process, which is the new version of the deprecated signal system call counterpart. You can go back to the podcast on signals for more info on that.

The other one is to redirect SIGCHLD signals to SIG_IGN and ignore them.
Let’s just remember that this SIGCHLD is received whenever a child dies. We mentioned all that earlier.
In the cases where you truly want to handle the children then you could call a wait-like system call inside the SIGCHLD signal handler, so whenever a child dies it’s assured to be removed correctly from the process tree.
In other cases, zombie may appear for a longer period of time because they’ll be waited on periodically if you don’t want it to be asynchronous inside the signal handler.

Another trick, if you don’t want to clean up children nor wait for them is to make them grandchildren instead of children, that is fork() them twice, and then killing the child, which will make the grand-children is intentionally an orphan and will be inherited it to PID1/init, thus assured to be reaped later on and not stay zombie.

Ok, but what if you have those zombies, is there a way to clean them up?

On some Unix systems sending SIGCHLD to the init will directly clean all zombies under it. But what if it’s not.

You could try manually sending the SIGCHLD signal to the parent and let it handle the cleaning. However, it might not, it might have overridden that signal and might have other unwanted effects. Then if you don’t need the parent running you could simply kill it so that the children get re-parented to init.

The best way to get rid of children is then to reap them manually by forcing a wait.
On Solaris there’s the preap(1) command that will force the parent of the process to call waitid.
On other systems there might be a wait(1) command which takes a pid and waits for it, isn’t that handy?

Overall, if those defunct processes persist all day then it’s your choice, or you keep reaping them manually or you wake up and fix the buggy code.

Extending the metaphor - Some differences

It’s hilarious that whenever someone discusses defunct/zombie processes they have to employ ton of metaphors. I’ve seen that everywhere while doing this research. I’ve heard of:

Remember that metaphors are just tools to help people figure out how to navigate in the world, they aren’t one-to-one relations. Maybe the name zombie was a bad choice because it implies that the processes are bad and that you should “Kill them all!” which is not the case.

This was a rather quick and simple episode for a fast, simple, but sometime confusing topic. Remember, zombies aren’t bad once you get to know them.