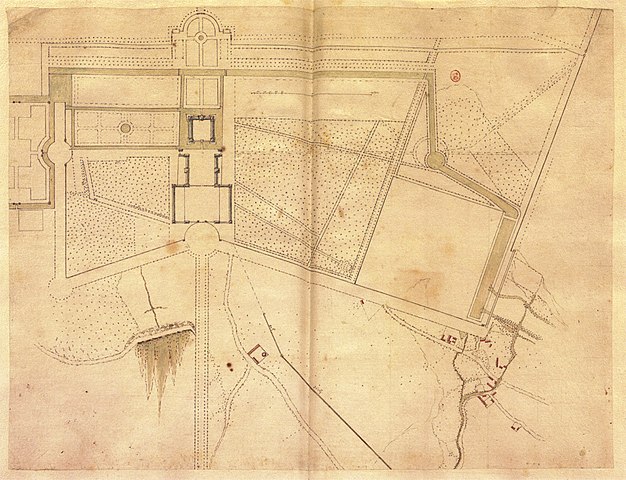 A diving into environment variables.

What are environment variables

What are environment variables?
A set of dynamic values, helper or configuration values, that can affect the way a process runs. Usually it’s the process that queries those values, they are part of its “environment” and consequently the name. They are there so that the process can know the suitable values of the system it’s running on. They are metadata, so to say.
For example, the temporary location to store temporary files, or the home directory.

They were introduced in their modern form in 1979 with Version 7 Unix, so are included in all Unix operating system flavors and variants from that point onward including Linux and OS X.
They all use the standardized format of colon separated values that can be queries system wide.

Details - The Life cycle - At which point they are loaded, and where, by who

Let’s dig into the details. In all Unix and Unix-like systems, each process has its own separate set of environment variables. By default, when a process is created, it inherits a duplicate environment of its parent process, except for explicit changes made by the parent when it creates the child. At the API level, these changes must be done between running fork and exec.

After that, the values the running program access are static. Anything changed in a script or compiled program will only affect that process and possibly child processes. The parent process and any unrelated processes will not be affected.

Each process stores their environment in the /proc/$PID/environ file. This file contained each key value pair delimited by a nul character (\x0). A more human-readable format can be obtained with sed, e.g. sed 's:\x0:\n:g' /proc/$PID/environ.

More generally the env variables are passed to the program via the execve, the last argument is an array of key value. (see man execve and man environ). However, note that the size of this array is generally limited.
On a lower level, the process manages the variables internally in the char **__environ array, following the standard POSIX spec. (For more info on the system calls, see man (7) environ).

There are numerous files that are read, sequentially, to fill those environment variables. There are also command line facilities, usually implemented by the shell, to access the variable list and to change them.
We said that it’s sequential, so there’s an order to this. Let’s examine the process in which environment variables are set.

The idea is simple, the newest file read will override the previous one. Let’s answer first, “read by whom?”. It’s read by the shell or program.

The system set environment variables, those are the ones inherited by all other processes started on the system. The ones initialized at the system startup.

/etc/profile initializes variables for login shells only. It does, however, run scripts and can be used by all Bourne shell compatible shells.
/etc/environment is used by the PAM-env module and is agnostic to login/non-login, interactive/non-interactive and also Bash/non-Bash, so scripting or glob expansion cannot be used. The file only accepts variable=value pairs.

Augmenting the global Environment variables. Be it session-wide vs system-wide

/etc/bash.bashrc initializes variables for interactive shells only. It also runs scripts but (as its name implies) is Bash specific.

In Unix shells, variables may be assigned without the export keyword. Variables defined in this way are displayed by the set command, but are not true environment variables, as they are stored only by the shell and not recognized by the kernel. The printenv command will not display them, and child processes do not inherit them.

Between fork and exec.

When you type a command to run, the system looks for it in the directories specified by PATH in the order specified

/usr/share/man:/usr/local/man List of directories for the system to search manual pages in

These are Locale setting variables. The following environment variables determine the locale-related behaviour of the systems such as the language of displayed messages and the way times and dates are presented.

Generates a random integer between 0 and 32,767 each time it is referenced.

The terminal type.
Usually the type of terminal you are using is automatically configured by either the login or getty programs. Sometimes, the autoconfiguration process guesses your terminal incorrectly. If your terminal is set incorrectly, the output of commands might look strange, or you might not be able to interact with the shell properly. To make sure that this is not the case, most users set their terminal to the lowest common denominator.

(this could be a whole podcast)

Example: /usr/bin/less. The name of the utility used to display long text by commands such as man.

Example: /usr/bin/nano. The name of the user’s preferred text editor. Used by programs such as the mutt mail client and sudoedit.

Example: /usr/bin/gedit. Similar to the “EDITOR” environment variable, applications typically try the value in this variable first before falling back to “EDITOR” if it isn’t set.

The pager called by man and other such programs when you tell them to view a file.

This variable is used to specify the “visual” - screen-oriented - editor. Generally you will want to set it to the same value as the EDITOR variable.

Originally EDITOR would have be set to ed (a line-based editor) and VISUAL would’ve been set to vi (a screen-based editor).

These days, you’re unlikely to ever find yourself using a teletype as your terminal, so there is no need to choose different editors for the two. Nevertheless, it is useful to have both set. Many programs, including less and crontab, will invoke VISUAL to edit a file, falling back to EDITOR if VISUAL is not set - but others invoke EDITOR directly.

The name of the user’s preferred web browser. This variable is arguably less common than the rest.

It’s enough blahblahblah, we want to know some practical things. There are other things to know other than the files to set the variables in, there utilities ?

The thing we’re mentioning here are happening at the session level. Most shell will let you interface with the environment variables as if they were local shell variables. By putting the dollar sign in front of the variable you want to check you can use it as you would use a normal variable but accessible everywhere inside the script. For instance, right in your shell you can do:

And it’ll print the value of the HOME. You can also change them like you would change a normal shell variable however it’s wiser to use the other utilities your shell offers for this.

Environment variables are set by the setenv command, and displayed by the printenv or env commands, or by the echo command as individual shell variables are. Some other shell use the export command. The formats of the commands are (note the difference between set and setenv):

With nothing on the right to unset it.

You can call the setenv command, printenv, or env or export without argument and it’ll print the list of all the values already set. The commands that will work depends on the shell you are using.

We can specify shell variables in the front, before calling a program, and depending on the shell it’ll be considered as a real environment variable for that process.

The env command line utility is a shell command for Unix and Unix-like operating systems. It is used to either print a list of environment variables or run another utility in an altered environment without having to modify the currently existing environment.
env is commonly used in shell scripts to launch the correct interpreter.

You see it in the hashbang line of scripts allowing the interpreter to be looked up via PATH. It’s possible to specify the interpreter without env but you’ll have to give the full path and this is highly system dependent while the env command alleviate this issue, it makes it more portable. Calling env without arguments will print all the environment variables. Actually any of those commands we talked about has that behavior.

Now a little tricks, we said we could look the list of environment of a process on Linux using the /proc but there’s another nifty way using ps.

Now let’s talk about more philosophical stuffs beyond the scope of the article.

/etc/skel is the skeleton used for the home of the new users that are going to be created on the machine. If you want to set some session variables for all new users you may want to put it there.

When changing user using su. the -l argument is the same as a - without anything else (dash). The -l simulate a full login, which means that all the current environment is discarded except for HOME, SHELL, PATH, TERM, and USER. So in sum: su - will reset the environment, otherwise it’ll keep the current one.

Some critics warn against overuse of environment variables, because of differences between shell languages, that they are ephemeral and easy to overlook, are specific to a user and not to a program. The recommended alternative is configuration files.

Programs coming up with their own way of doing things, like .Xresources For example the default application… it’s a bit messy Everyone wants a piece of the cake

Reason: The relation between environment variables and the above discussion on MIME types is not immediate. Setting BROWSER e.a, while also related to default applications, is a different approach entirely. (Discussed in another podcast: Default applications)