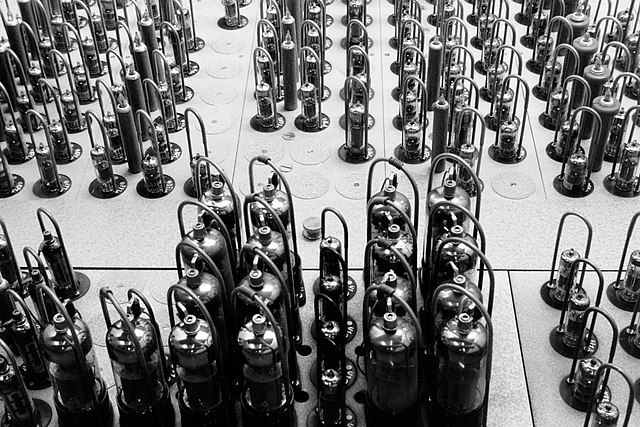 The topics in this episode are fairly simple, even basic, but I’d like to tackle them from a different perspective.

The information in a computer is represented in binary form. For them the bit is the basic unit of this information. Bits are binary, and binary means that there can only be two states, or it’s the first or the second state, nothing else.
The CPU has some built-in commands to manipulate a fix set of those bits. The set of bits with a fixed size for a processor, that this processor is designed to handle at a time, is called a word. This varies between processors. Because of how tied and low level binary operations are, they are operations directly supported by the cpu, they are faster than higher level abstractions and consume less memory space. For this reason it is sometimes chosen, at the sake of clarity, by some programmers as a data structure.

We’re going to discuss some topics related to words and some usages of bitwise operations in Unix.

Tricks In programming languages and the shell

In today’s world we rarely have to deal with binary operations, unless we deal with embedded system, everything has been abstracted layers over layers. We’ve inherited all those fancy wrappers but under them lies the work of the multiple developers who created them. But it’s not wrappers everywhere, there are many places at the user level where bits are still relevant.

Bits can be manipulated in most programming languages for instance, you can even do that in shell scripts. The languages offer some but not all interfaces to those operations that are one to one correspondant to the CPU instructions. For example, the C language allows the shifting operation which like the name implies shifting the bits inside a word. Those operations, called bitwise, are fairly standard, and as you might expect, with years of accumulated knowledge some structures created themselves around bit manipulation.

Those structures are the ones used to create the abstraction layers we currently have, and we can still use them for the purpose of efficiency.
I’ve linked in the show notes two websites which regroup some of those tips and structures created over time for optimizing common procedures using bitwise operations.

But, there’s a hick here. In some languages those optimizations are not relevant. They might already be implemented and optimized in the core library of the language, like C for instance, or the compiler might know better than you how to optimize the software you are writing. Or the opposite, the compiler might modify your optimizations at compile time and render it useless.
Nevertheless, having a look at how certain things can be done more efficiently and stored using bit-like structures is interesting.

A CPU does operations on words, that word, as we’ve said is a fixed number of bits. Today most computers use 32bits or 64bits words.

You might have heard of the deprecation of 32bit machines and wondered why this was. That stems from the way some people thought of storing some values on the long run, over a long period of time. Values that keep a counter in some data type that is tied to the word size, which is fixed and is bound to run out of space on the long run.

The most talked about instance of this, though there are many other examples, is the Unix timestamp which is represented by a simple signed integer counting the number of seconds since Thursday, 1 January 1970 in UTC.
Not to go into the details but that value cannot be larger than the word size and thus, as with any counter it’ll keep incrementing. The issue is that in a 32bit machine all the bits of the integer counter will become 1s the 19th of January 2038 and after that the behavior is unexpected and may vary.
But you don’t have to wait until 2038 to test what happens when an integer overflows, yes, that’s the term used to say that all the bits have been filled. You can already test this with a simple script.

Now we can’t change the past, and we have to move on, maybe choosing an integer wasn’t the best way to represent time, maybe it was, but there’s nothing to do about it.

Generically speaking, there are two main ways to do this these days classical or traditional modes and the ACL, Access Control list. ACL is a superset of the classic Unix file modes that allows more fine-grained configurations. So how does the permission on files works?

The 3 classes we talked about are like groups that can be assigned a different set of those 3 bits. They are the owner class, the group class, and the other class. And so you can represent the 3 bit sets of the 3 classes in the same order and that gives you a big set of 9 bits that you can read.

Those bit sets are also represented in octal or decimal notation for every class (here it doesn’t matter because the number are alway less than 10), so for example the 777 permission means that all the classes get all the privileges on the file. If you’re having difficulty with the representation, you can always go back to the binary to octal conversion chart. You obviously can also get back the file permission in a more human-readable form a symbolic notation if you prefer to.

Let’s also mention that there are 3 more modes or bits that can be turned on in a file the exact same way, the set user ID bit, the set group ID, and the sticky mode.

This way of activating and deactivating modes is clean and elegant and fits well that concept.

The file permissions example has given us an overview of how a group of bits is a great way to represent configurations or settings or modes or anything that are either on or off. Isn’t that what bits are for anyway?

Many other Unix-like system have the equivalents. Overall it works the same way as with permission bits, you either set an option available on or off on a file.
For instance, you could tell the file system that a file is immutable on ext4 by running chattr -i file. Refer to the manual page of the command used to change the attributes for the list of all the attributes you can change.

However, it’s not all rainbows and butterflies, bits aren’t very flexible and are limited to either setting something on or off. And that is the reason why the ACL (access control list) was created and is now part of POSIX. It let you specify permission for a specific user for example, which wouldn’t be possible with just bits.
Check the getfacl and setfacl commands manpages or any of the link in the show note for more info on that.

Ok, so we can represent things by bits, it’s cool and compact. That also means we can apply some of those bitwise operations we talked about on those bits. Let’s discuss one of them in particular: masking.

Overall, that’s a nice bitwise operation where you metaphorically overlap a group of bits over another to get the result you need from it.

One of the application of masking in Unix is umask which appeared first in the version 8th of UNIX.
Umask is a system call with a symetrical command line program or built-in shell command to manipulate a mask that controls what file permissions will be set for newly created files. It also goes by the name of file mode creation mask.

Now the question that arise is “How to set the default file permission for a certain disk, or file, or whatever”.

The answer is not as straight forward as it might seem. It depends on multiple small factors all around the system.

When creating a new user, you can specify the initial permission of the home directory. There are a bunch of configuration files like /etc/login.defs and /etc/adduser.conf that are checked for that or you might specify it on the command line when calling adduser or useradd commands. In /etc/adduser.conf you have the DIR_MODE value to set the permission of the home directory upon creation. In those files you can also set the default umask applied to the users. But still, this is not entirely related to the umask, it’s not the base. The default permission may also depend on some special bits that are set on the file. Those could be the filesystem dependent attributes or the other special ones we talked about like the sticky bit.

For instance, when a directory’s sticky bit is set, only the file’s owner, the directory’s owner, or the root user can rename or delete the file. But that actually only affect already created files, so doesn’t have anything to do with the umask.

Let’s zoom back a bit. Before even interacting with files, you have to mount the filesystem that contains those files. And at mount time, you can possibly set the default permission of those files. This is done in many ways, or from the fstab or from the mtab or from the command line utility to mount the filesystem. For instance, you can specify in fstab that a system is mounted only in read-only mode.
However, you need to consider that like the special attributes on a file, the different options that can be set while mounting a filesystem depends on which filesystem you are mounting. When mounting FAT and NTFS for example you can specify an fmask, a dmask, and a umask, respectively file mask, directory mask, and umask. But other filesystems don’t allow that.

Still, that doesn’t answer the question of where that default base permission comes from? The real answer is that there are not base permission, it’s an illusion. The truth is that those base permissions, mostly 666 for files and 777 for directories are hardcoded inside the core standard utilities that make your unix-like system. Running a simple strace on those utilities, like touch or mkdir clearly shows this.

666 is hardcoded in most utilities… Even most shells, that explains why Unix is evil!

So in sum, there’s no base, it’s just the utilities protecting you. You could create your own programs that let you set the base permission you prefer. But that’s not very wise. Those values are hardcoded for a reason, they are protecting you from reckless security issues. This is the best default permission policy, the principle of least privilege.

Your shell is protecting you and its worth knowing.

This episode’s topic was relatively petty, nothing too complex but I thought it was interesting to intertwine all those topics around the concept of bits and words. There certainly are many more areas in Unix where words and bitwise operationss are used and I’d love to hear about them. You might find more value in the show notes so be sure to check those out.

As usual, if you find anything interesting to add or anything to correct you can bump the extended thread on the forums. And if you want to contribute there’s a link in that extended thread where you can find many ways to do so.