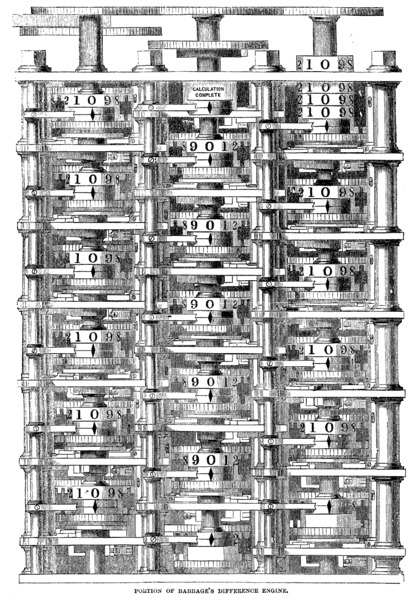 In this article I’m going to pose a not so novel compatibilistic idea about the so-recurrent philosophical discussion of free will and determinism. However, this can apply to any topic where reductionism is over-used. Let’s get started.

There exists many views on free will and determinism. Some are about physicalism and materialism, others about metaphysical explanations, others about incompatibilistic views and compatibilistic ones, etc. Within those we find a growing trend of analytic thinkers that love to break down the meaning of words and by consequence get stuck on the semantic, most often leading to the dismissal of further interesting explanations.
This kind of analytic view has its merits, which I won’t argue in this article. It’s not as innately simplistic and non-valuable as some may portray it.

The standard definition of free will is: “The ability to choose between different possible courses of action unimpeded.”, “The ability to act at one’s own discretion.”
However, as with any such topic there exist many definitions. For example: “The ability to make choices which the outcome has not been determined by past events.” This particular one doesn’t leave much space for free will if determinism is unchallenged. I will try to focus the discussion on the first definition I mentioned.

The argument on the front line today, the analytic one, stems from the stance of physicalism and materialism. Simply put, physicalism consist of saying that mater is the fundamental substance of nature, that everything is physical and follows the laws of physics.
It unfolds as follows: Everything is physical, thus obeying the laws of physics, all the causalities are innevitable, determined, and because human are physical beings they are also determined. There’s no course of action that is possible other than the one we are currently on. Which concludes that free will is non-existent because decision-making is useless and won’t change what events will happen in the future.
Regardless of the huge leap that is done in the conclusion this might sound like some appealing logical steps to make, right?

This type of perception of free will is called incompatibilistic, free will and determinism cannot live together according to those. Another incompatibilistic view could be a religious one. For instance pointing supreme beings that dictate the will of the world.
Though it might depend on which religious doctrine. For example, dualists would be compatibilist, separating the mind/soul/metaphysics from the body/material/physical and giving the free will to one of the previous two.
However, if we allow for metaphysics it would break all of modern physics. For something to affect the world it has to interact with it and to interact with something material it has to be material. If the mind is non-material then it cannot interact with the body.

As far as incompatibilist are concerned their main issue with compatibilist is that they claim they are redefining free will to suit their views. It is ironic, there are many definitions of free will and it doesn’t mean that the absolutist and eternalist view of incompatibilism is the perfect one because it looks like pure deduction. It doesn’t render all other definitions invalid.
What would make this less confusing would be to use different words to specify the kind of free will. We could call “physicalist free will” the above. Or even better, if we made taboo the words “free will” in a discussion about it, we’d have to start by agreeing or disagreeing on what it actually means for us.
On the compatibilist side there are many arguments too. For example saying that determinism is required to be able to choose between different outcomes, that a base of causality is needed to have judgement upon.
Other compatibilists put emphasis on the causality part, it doesn’t mean that there is causality that there should be determinism. We realize causality only after the fact.

There are many stances.

We definitely can’t deduce facts from subjective experiences but when discussing free will we have to acknowledge that the experience itself is a part of it. Some call it qualia, or the knowledge of having lived an experience. This knowledge shouldn’t be dismissed. For example when we lose our temper there is the feeling that we aren’t acting based on our free will, we know that we lost control for some moments
Now, because we have a physical base it doesn’t remove the validity of those experiences. The reductionist would call it the illusion of free will. I think this is misleading and avoiding the explanation. There exists a sense of agency, volition, locus of control, “where one must believe they are an agent in order to function and develop a theory of mind.”
I do not think the question is about everything having a cause and that if everything has a cause then that causes determine everything and jump directly to “free will doesn’t exist”. When we talk about free will we rarely discuss the basic constructions of the world and their causations, we rarely talk about particles that bounce and influence our actions. We rarely calculate every single moves based on the current state of the universe at that precise moment. What we do is talk about someone facing a decision, someone were forced to do something, Someone taking credit, someone was blamed, etc.

It sounds more like its core is about identity and repression of identity and not about causality. What would the entity wish for in its current state as the next decision. What are decisions taken by an entity?
The answer would be that it depends on how we choose to define the entity. Do we define it as a mind within a body, the so-called dualism or essentialism. Do we define it as only the conscious part of the mind or as all the body together. Most are brought up to think intuitively that there’s a ghost in the machine but it doesn’t make it more valid.
Then someone might want to point out that we are influenced by society “in the back of our heads”, that we’re “manipulated in our subconscious”. Which I would retort with: Do we consider our subconscious a part of ourselves or not? If yes then the influence is part of the composition of ourselves, and so we’re still acting out of free will even if subconsciously.

This is the portion I want to press, it depends on how you define the self. If you don’t think the self exists then you won’t think free will exist because there’s no one to exert it on.
What constitutes us? Does consciousness reside only in the head? Is consciousness a requirement for free will?
For instance, Philippe Rochat in his book Others in Mind: Social Origins of Self-Consciousness defines different types of “consciousness” that develop throughout life and that later on interact with one another together constituting the self.

Co-awareness and co-consciousness arise only in social environment. What if we used those as the entity of free will, do we then have to include the social environment as a free will agent too?
Again, this is the important aspect, where do we draw the line. It is nebulous and rightly so. And this is the same for the physical world. Where does a cloud end? Where does the line between me and the chair starts?
If we break down the problem into small parts, zoomed in, split the particles into their most simple components, then the delimitations would disappear. The chair and myself wouldn’t matter anymore at this level. This is the same kind of result the incompatibilist physicalists try to make with free will in my opinion. They try to reduce the discussion to absurdism, which can be done with any topic.
Why not separate the layers, even vaguely, to say that some aspect of reality make sense in one but not in others. That some concepts don’t compute at higher, lower, or across layers.

Scale needs to be addressed. At the scale of the single neuron we cannot talk about the free will of the human individual, at the scale of the universe we cannot also talk about free will of the human individual. But then it depends on what we consider as the individual. We often hear both: “I didn’t choose to be born here”, a before existence statement, and “I didn’t choose to get sick” a during existence statement. The first sentence doesn’t make much sense because before existence there isn’t anything where free-will can be exerted upon. After existence this sentence would make sense only if the sickness was something that was available on the same layer as the layer where we consider the identity to exists.

This means free will lives from interactions. Those interactions happen between intentional agents, regardless if conscious or not. When something is imposed from one intentional agent to another, then this agent looses its free will.
I would loosely define an intentional agent as an entity that is a causation in itself and that has goals to sustain itself.
This interpretation allows saying, for instance, that the universe itself knows the causality to itself, it is itself, thus an intentional agent. This is imprecise and I’m willing to leave it at that because the lines between layers are themselves fuzzy.

What constitutes free will then? It is the ability that an agent posses to interact within its level of existence, be it another intentional agent or not, for its own causation and not one of another agent on the same level. According to this, free will comes and goes, regardless of determinism or not. The “would you have done otherwise” would depend on the scenario.

Moreover, we could conjecture that this doesn’t have to stop at the human level. Philosophical zombies could have free will, the Chinese room thought experiment would be useless to bring in discussions too.
We could go a step further and count in entities which lives are slower. Why limit it to one being, why not say that an entity could be composed of many living beings. What about considering the conglomeration of all the trees on earth as one intentional agent.

I digress, nebulosity doesn’t equate with non-sense. It’s a well-chosen term sometimes and limiting the question of free will to scales brings meaning to it. The scale where we apply our definition of entity, identity, and the self.
I hope I could convey my ideas as clear as possible without being too misleading. Don’t forget who exercises free will and what constitutes this “who”.

The closest idea to this layer approach I found is Daniel Dennett view on intentional stance and Roger Scruton On Human Nature.
I’ve also found this wonderful documentary called “Why Are We Here?” and the Episode 1: “Meaning Seeking Beings” is especially resourceful on the topic of reductionism.