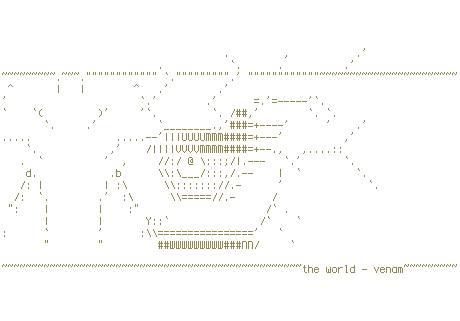 (This post is based on a conversation I had with my significant other.)

We take actions based on our unconscious mind, we follow our unspoken norms and taboos. For a little while we may think we are original or creative, but we aren’t — at least not following the definition we attributed to the terms.

This is not uncommon, everyone thinks that they are innovative. A positive illusion or just the opposite, let’s not discuss determinism.

The human brain works by re-interpreting and linking concepts. There’s no blank slate, otherwise we would have no base to stack ideas unto. Those concepts come from the surrounding bubble, a relatively narrow one.

Like a snowball rolling through fresh snow.
The bigger the ball gets the more we can see of life, the more complex the components of the ball get, the more likely they are to stick, encroached on it, buried under the snow. But even that perception of reality isn’t reality, it’s a vehicle. A transportation that might take you somewhere no one has ever set foot. If only creativity would spur.

Something new, a first version, something unique, this is creativity. On the other hand, originality equates with difference, which is not necessarily unique. But the unique isn’t well-defined, it’s only valid within its scope. A nuance or adaptation of a concept within a timeframe and place may be unique or original. The content may not be new on a global scale but its context and usage locally is. The frequency factor also accounts for most of the originality, the more an idea is well known the less it is original.

Content creation is an additive or combinatory process. Multiple objects are mixed together into a new one. Those objects can come from anywhere and can be anything, from abstract concepts to discoveries.

Creativity is reactive, direct, instantaneous. You never know why it came to you. It’s an expansion of the mind, a new reality. The brain links concepts, and stick to the important ones. We keep everything in a flexible form, silencing irrelevant information, and maintaining some items in the long term memory. Selectively because it’s too costly to remember everything.

And when we miss clues from the past we go back and create steps that could possibly lead to the same judgment, reinforcing the biases and prejudices. Shortcuts of thoughts.

And let’s remember that the unconscious is a metaphor and that the brain isn’t a computer but a network. It’s like a reminiscence of a childhood memory, we always had them somewhere but an environmental trigger activated it again. Originality, on another side, is emergent from the environment, directly linked to conscious actions. The link in the conscious mind are as they as are, unchanged, because that’s what’s important at the moment. While in the unconscious, you never know how the brain may change the neural network.

New ideas enter the brain and the rest of the network has to reshape itself, changing the links, and maybe activating an old one, creating a new idea. Creativity is spontaneous, and uncounscious. It doesn’t necessarily have a direct implication or goal.

Originality is different, it’s about appearing out of the ordinary. It’s a social status quest. It has a goal and direct implications. Moreover, creativity itself is additive, directing you from one abstract idea to another. Bruteforcing the links in the mind, playing with the infinite number of combinations.

Martin Seligman has a new theory that categorizes creativity into 5 parts (in science):