The new year has begun… A while ago!

My last post Was almost 9 months ago, more than half a year has passed. A lot has happened but I still feel like time has passed quickly. 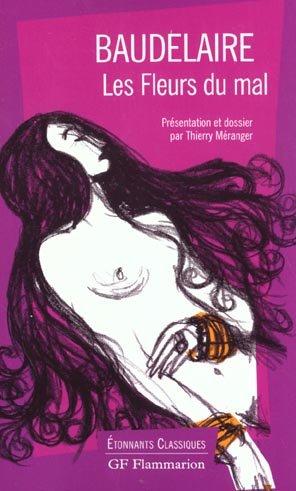 The majority of my reading has been through the newsletter, however I still had the time to go through the following:

As you might have noticed a lot of them are related to methodologies, approaches of interaction with others, and new ways of thinking. I find it fascinating to gather novel ways of seeing the world, all the mental models, all the manners to make decisions. This was the mindset for most of the past months along with re-energizing, invigorating, and bringing back my artistic sense.
A long long time ago I used to be in love with poetry and thus I’m slowly reincorporating this old habit into my daily life. Too much rationality is a disease of these days and ages which I’m trying not to fall into. I’m also working on my personal “immunity to change” regarding over-planning, so all of this helps.

As far as podcasts go, here’s the new list apart from the usual ones I was already following:

I’ve gathered more than one thousand hours those past months in AntennaPod, the application I’m using to listen to podcast (Something like 3h a day everyday). So I thought of moving away from the podcast world, at least for a while, for the next 2 or 3 months to learn something else on the road. I’ve chosen to dedicate this time to practicing singing. We’ll see what comes out of it, so far it’s going great but there needs to be a day or two a week for resting. 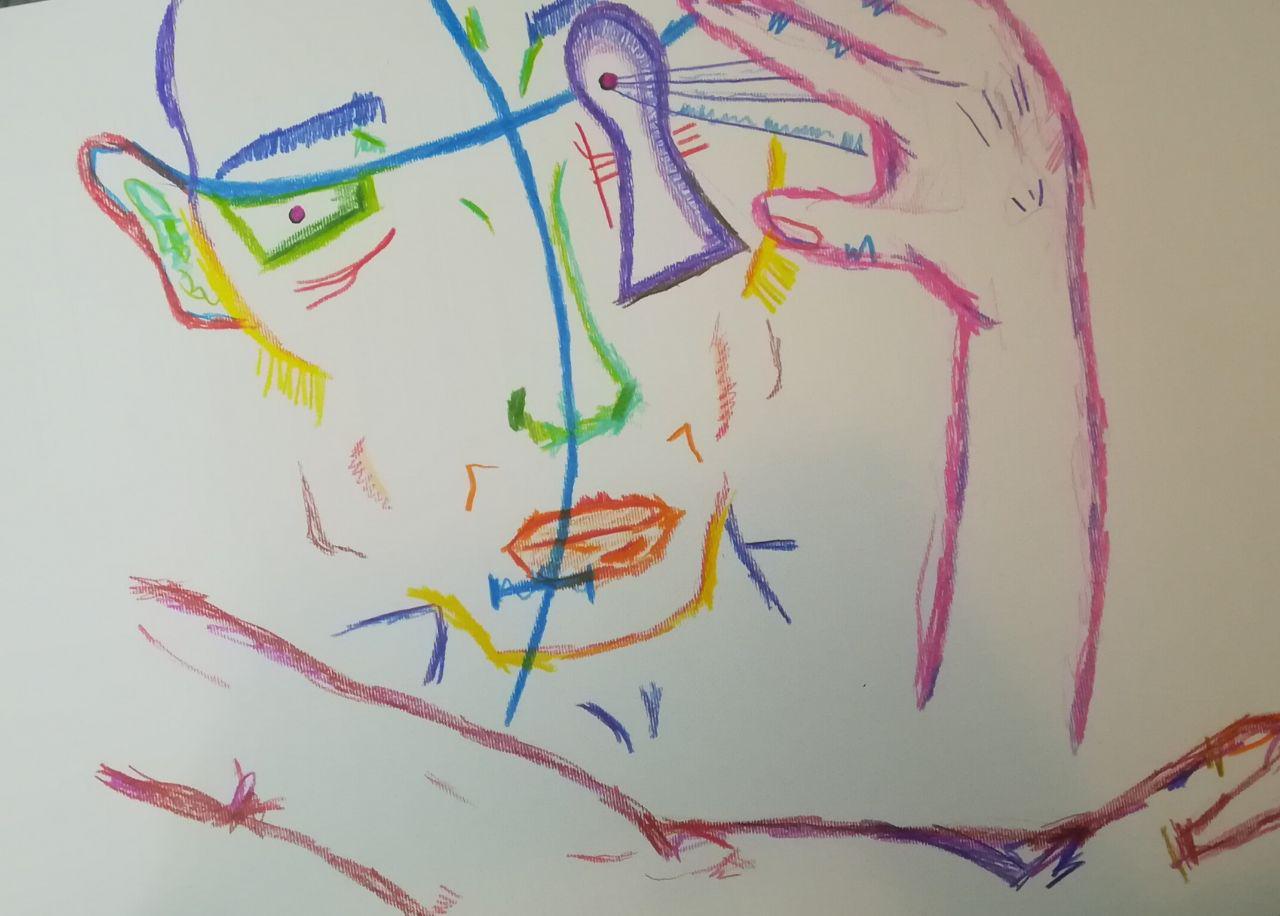 I go through phases of learning and then creating. These months it’s been about learning. The emphasis was on work life, management, leadership, and android.

I have in mind some ideas for applications I want to build and I’m slowly gathering info, and in the meantime having fun, learning the various aspects of the android ecosystem.

On the other side, I’m working on my “immunity to change”, something I’ve learned from a Robert Kegan’s book. This relates to how we unknowingly create toxic loops within our lives that stop us to do actual changes we would like to do because those loops inherently defines us. For me it’s about an obsession with time, delegation, and loosening the grip over control of time.
Thus the switch to reading and learning in those leadership, management, and emotional intelligence books instead of digging deeper into projects one after the other like time is running out fast. I would’ve dismissed such content before and the same goes for the reemergence of artistic hobbies in my day to day. 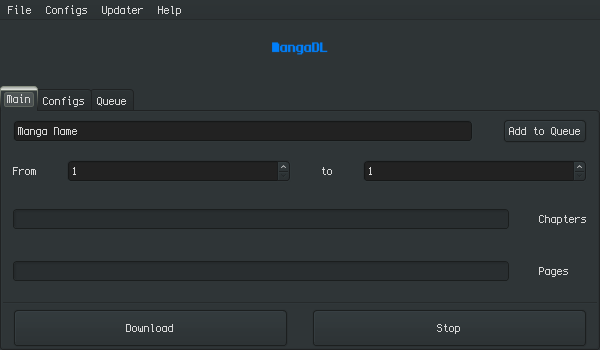 On that same note, I’ve gone in the past to upgrade an old project of mine, I’ve upgraded my manga downloader to support webtoons, a popular free Korean manwha website.

It has been fun re-reading old code, checking out what kind of mindset I had while writing it. I can’t access that it’s great code, nor that I would write it the same way today, but hey it’s still standing! 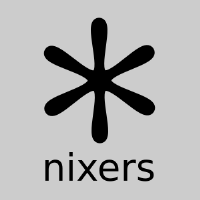 Countless videos, talks, research papers, and articles about Unix were consumed with much pleasure!
The newsletter has had its two years anniversary (issue 104), it has been a blast with a drawing from rocx, a ricing tip section from xero, and the start of a partnership with vermaden.

Every week we’re learning more and topics start to link together in a spider web of ideas. I like to reference previous sections of the newsletter when things are related and long time readers might enjoy this too (Check the archive).

To the joy of the now ~400 readers, vermaden has now partnered to give a nice touch to the newsletter, he’s more into BSD news than I am which keeps the balance.

I’ve dropped the “Others” part of the newsletter because of criticism that it was too offtopic and had a hint of political ideas to it. Let’s cut it short and simply say that I’d rather leave that section out than play the so-trendy game of internet over-interpretative argumentations and red herrings.

As for the podcast, I couldn’t put it on my top list but still felt in my guts that I wanted to write or prepare something similar. So I’ve begun a series named “Keeping time and date” which is similar to having a podcast/research on it. I’m hoping to do more of those in the future. By the time this post is online the series should almost be over.

On the nixers community side of things, the forums don’t get much appreciation but the irc conversation is still going on. I might organize events in the near future but I’m hoping a community push will do some good. My guess is that the forums aren’t as active because it’s seen as too high a pedestal to contribute to, nobody thinks their ideas are worth sharing there and if they find it worth sharing they’d rather do that on their personal platform, which I totally understand. 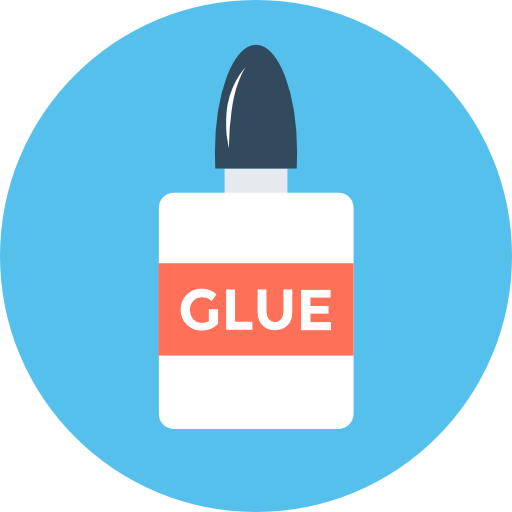 2bwm now supports a new fancy EWMH for full screen messages. This is a change I wanted to make for a while but didn’t put on my list.

Fortunately, frstrikerman has had the courtesy of starting a pull request with enough energy to make it happen. I’ve guided him a bit and together we’ve implemented it.
I’m looking forward to writing more about changes I want to make, how to make them, but leave the door open for the changes to be done by contributors. This creates a learning opportunity for anyone interested.

Three new articles have seen the light of day on my blog, all of them, unexpectedly, in close tie with the topic of window management. I’ve also added some preloading/caching behavior on the index page of the blog.

All of the articles in themselves were popular although the window automation one got quite a crowd (25k+) the first two days coming from tech news aggregation websites. Clearly, someone had posted it and it attracted readers, all for the best. 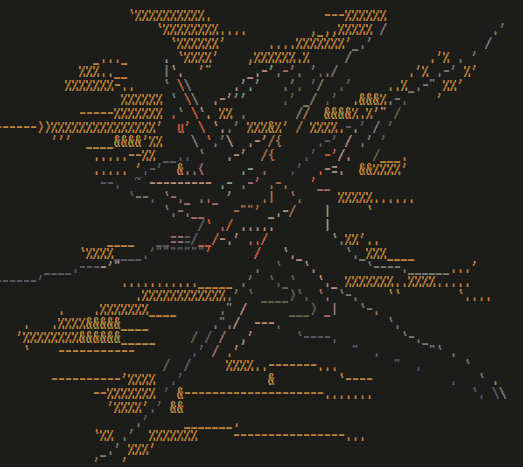 Many packs have been posted by impure during the past period, impure 69, impure 70, and impure 71.
In 69 all I could manage to pull of was an abstract piece and in 70 and 71 I’ve had a cretaceous dinosaurs series.

In between, there was the Evoke 2018 where I scored fifth position. The idea of that compo was to restrict the size of the piece to 80 columns by 25 lines. 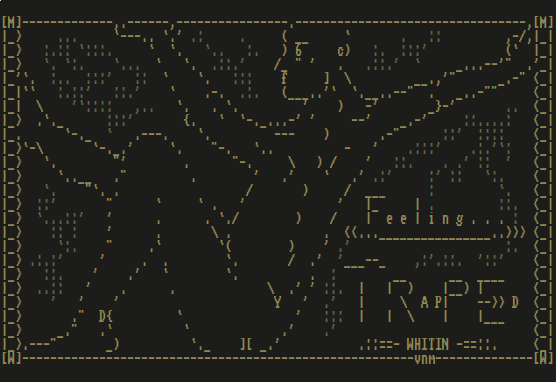 I’ve also indirectly participated in Demosplash 2018 and scored the tenth position. I hadn’t really done anything particular for it but simply compiled together all the dinosaurs I had until that point. 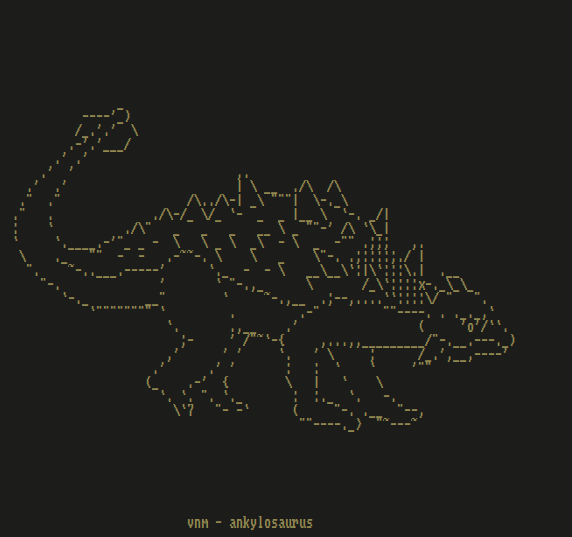 A similarity you might have noticed is that I’ve toned down on the coloring. I’m trying to extract as much as possible from the art without having to think about anything other than message and form.

To put it bluntly I’ve turned off color mode:

Right now I’m letting myself flow through a novel totem piece, a similar but more pronounced style to the one I had for Evoke 2017, that I call “dogmaIamgod” and which I should publish in the next two or three weeks.

Likewise, I’ve done some drawings and paintings too. I bought canvases for the first time and started experimenting, though I haven’t put them on the blog yet. Here’s a peek: 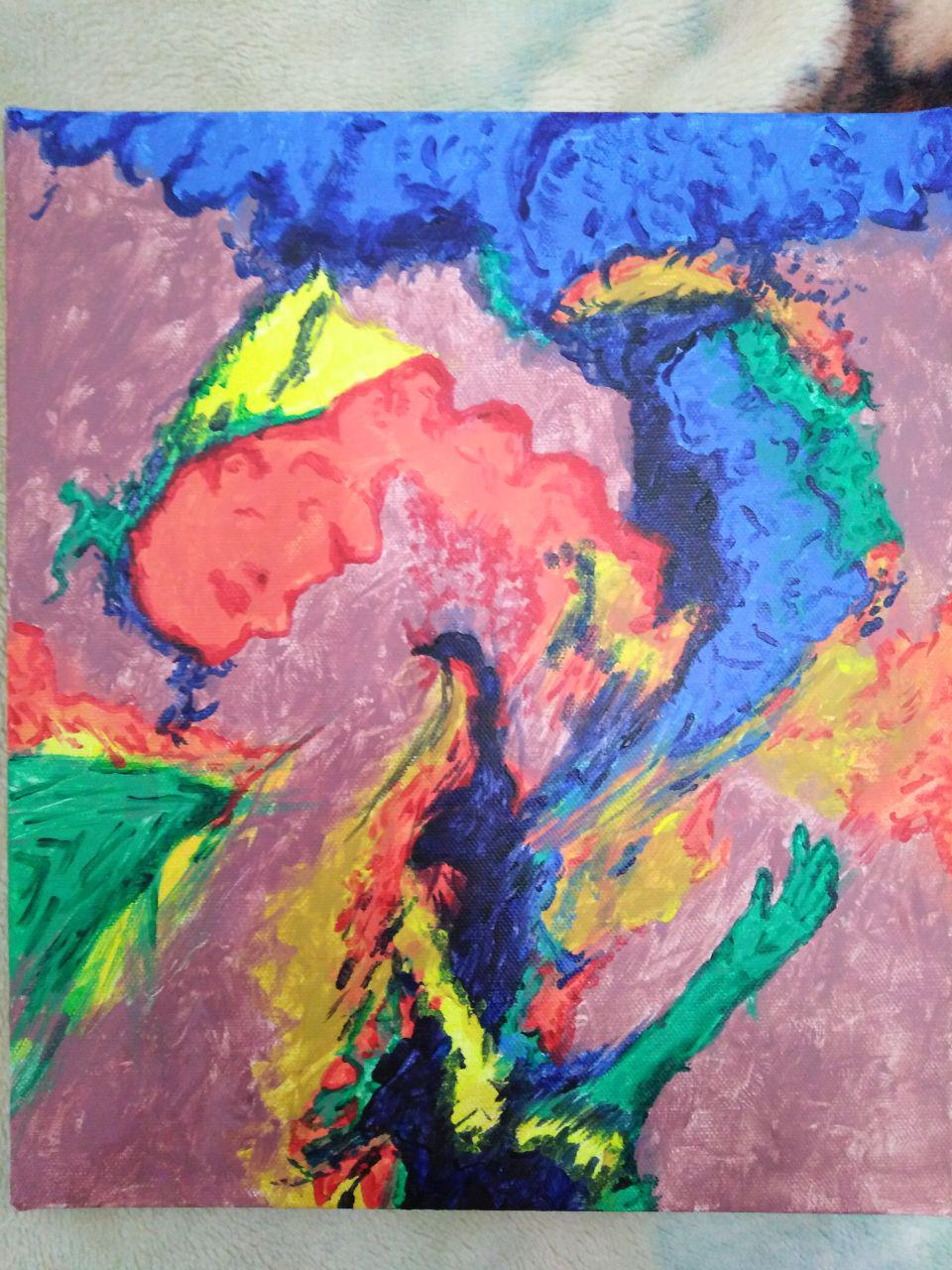 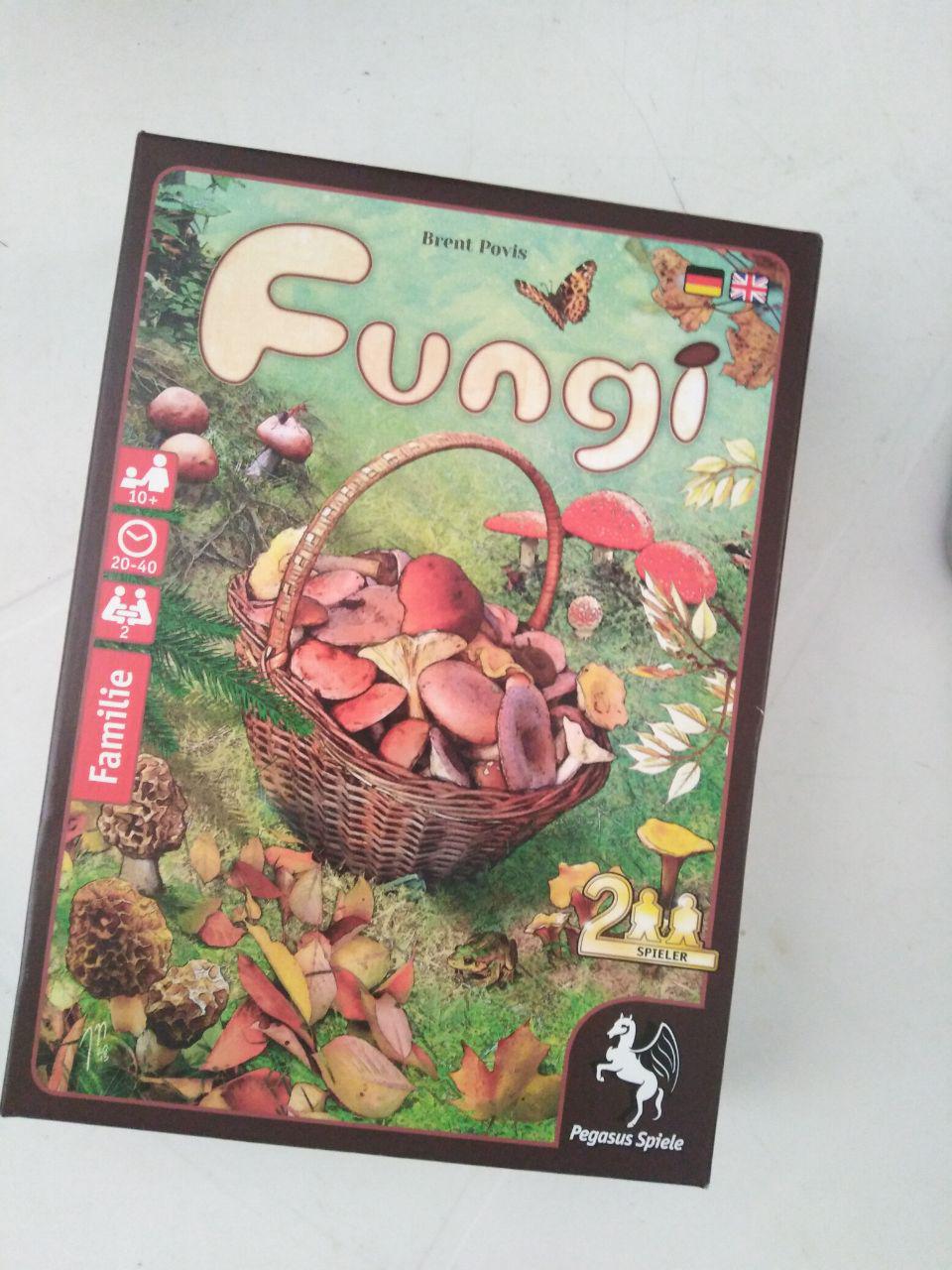 The quest for wild mushrooms is still ongoing. My SO and I have been gathering and studying mushrooms almost everyday. /r/mycology has become one of my favorite place to browse on lazy mornings.

In autumn we went on many small hikes and some bigger ones too without much luck but with much fun. All we could find were amanita citrina and beautiful though non-edible elfin saddles. There were other non-interesting species too. 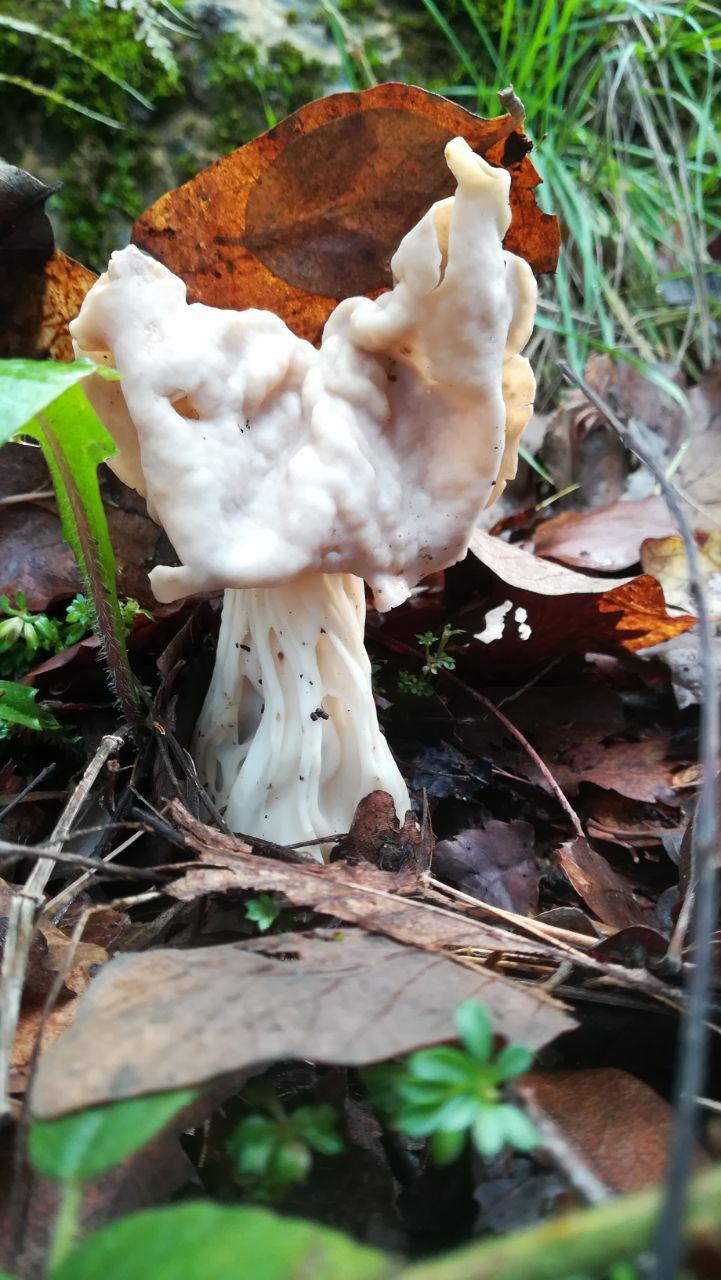 However, we’re not giving up, we’re taking this hobby to the next step. We lately went shopping for some hiking equipments, brand new fancy boots, some sticks, a handmade straw basket, etc.. And we’re planning on going on more hikes in spring. Spring is not a high season for edibles but we’re still hoping to find morels as it’s their prime time.

Overall this hobby has got us closer together and brought excitement to our couple. We’ve even got a card game named fungi for valentine. Moreover, we’ve searched local places that serve wild mushrooms and went to all the ones we could find. They’re usually pricey but worth the culinary experience.

Other than that with my SO we’ve got into retro gaming, which I’ve written about before in the past. These days it has become trendy again and many console manufacturers are relaunching their old brand. I guess nostalgia is a market that is well tapped into.

I’m actively looking for mushroom books to order from local libraries but most of them are not available so I end up reading the PDF versions I can find online. I’ve also been binge watching on Carluccio’s mushroom recipes, such a master.

First, the idea for a specific cooking diary app.
Second, the creation of a Zomato account. This goes with the same mindset as when I created the Google map account. I want to contribute to the local community by sharing the places I like the most. My mantra is that there will be no bad reviews and only constructive criticism if any.

Lastly, on the topic of food, fermentation has got my attention and I’ve now got mason jars filled with awesome vegetables. I’m currently on my third batch and exploring different formulas. 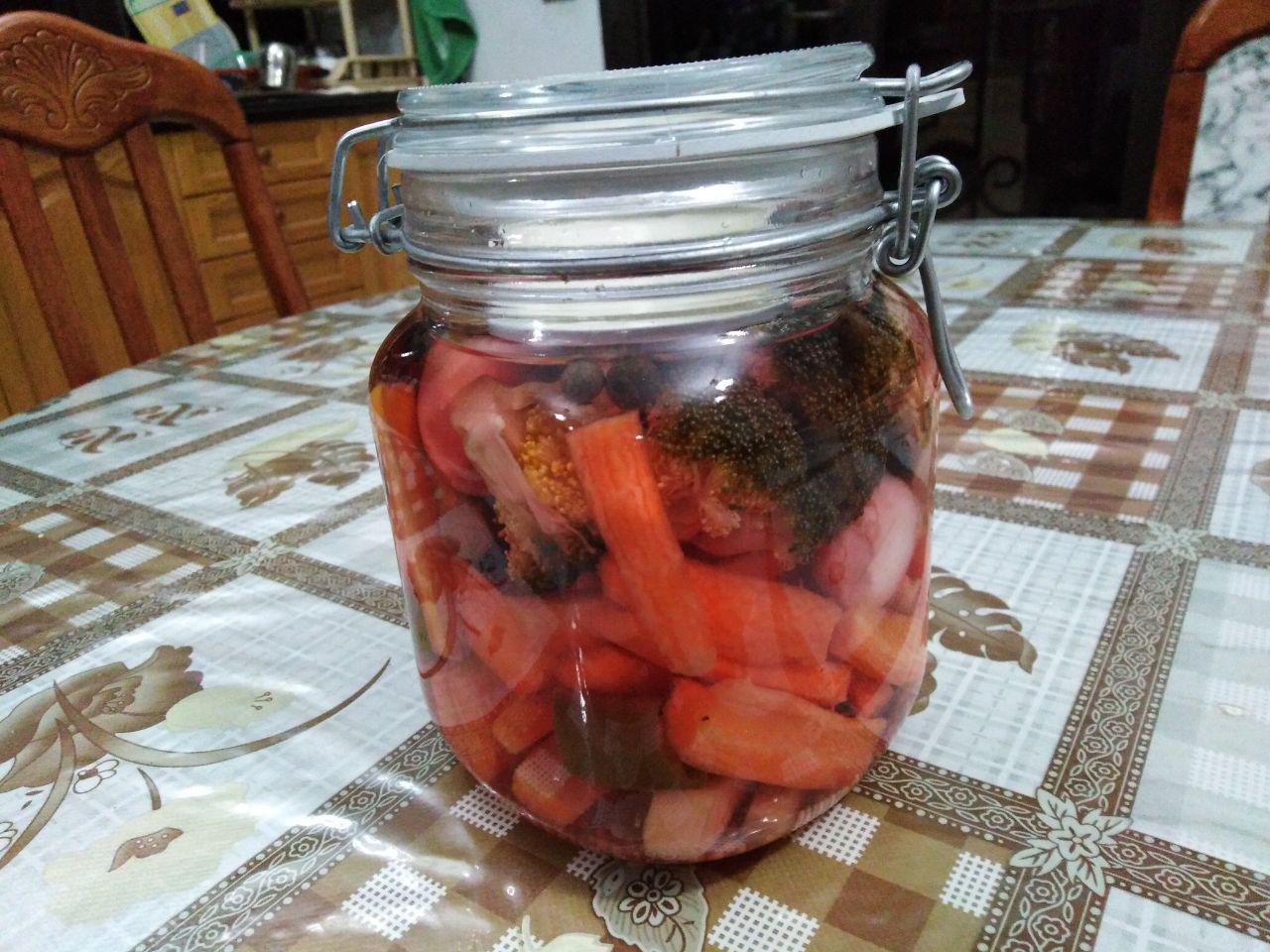 When appetite is good, life’s good.

And life is!
Every year I normally fix a certain theme to rotate around and focus on. This time I’ve chosen to awaken my artistic side, spend more time in nature, organize more activities with my friends, write and contribute more to communities I’m part of through what I know best.

I did try to refresh my Spanish tongue but it wasn’t really part of anything and I didn’t follow up on it.

And to finish of, I’ve begun a daily diary. A quick summary of what I’ve done during the day, what’s on my mind, what I feel, what I want to do next. It’s a complement to what I was already doing through short, medium, and long term goals, associating it with my global path and intentions in life. In general this is revitalizing to do at the end of the day, it makes me more aware of my actions, appreciate the good parts and reflect on what could be done in the future.

Which all leads to what’s in store for tomorrow.
More of the same but upgraded.

I really want to work on the idea I got for the application. Contribute to community projects more, write more articles about what I know, share ideas. Obviously the newsletter is included with more mini-series.
2bwm needs a big shake to add the wanted EWMH.
Maybe I’ll get back into WeChall, though it’s not part of the priority of the year.
And definitely push other hobbies too!

I’m going to travel in June with a friend to New York and then Miami, that’ll shift my perspective for a while, maybe bring some new insights.

As usual… If you want something done, no one’s gonna do it for you, use your own hands.
And let’s go for a beer together sometime, or just chill.