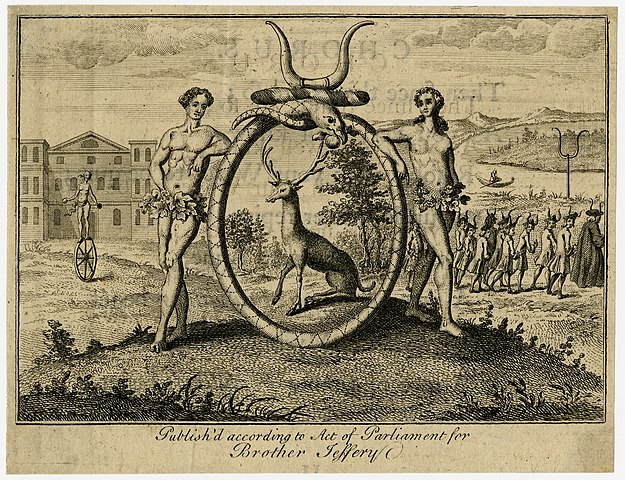 We are born, we live, and we die. Yet, humans presumptuously want to ply meaning with their existence.

What am I — Just a coincidence? What makes me special, am I distinguishable?

We’re not blind and won’t be satisfied with the unlaborious mythological answers. Which are only enough for the simple minds.

The essence is there, somewhere downstairs…

Every atom in your body came from a star that exploded.
And, the atoms in your left hand probably came from a different star than your right hand.
It really is the most poetic thing I know about physics:
You are all stardust.
You couldn’t be here if stars hadn’t exploded, because the elements — the carbon, nitrogen, oxygen, iron, all the things that matter for evolution and for life — weren’t created at the beginning of time.
They were created in the nuclear furnaces of stars, and the only way for them to get into your body is if those stars were kind enough to explode.
So, forget Jesus. The stars died so that you could be here today.

Can we be defined based on the matter we are composed of?

To an extent: yes — We are alive because we have bodies, compositions standing in the world. Everything is physical, every cell in our body, our physiology, dictate us.

Individuals are not stable things, they are fleeting. Chromosomes too are shuffled into oblivion, like hands of cards soon after they are dealt. But the cards themselves survive the shuffling.
The cards are the genes.
The genes are not destroyed by crossing-over, they merely change partners and march on. Of course, they march on. That is their business. They are the replicators, and we are their survival machines. When we have served our purpose we are cast aside. But genes are denizens of geological time: genes are forever.

On a deeper level, we are held together by the rules and blueprints set by our DNA. But isn’t this a bit bleak, isn’t it reducing the meaning? Are the blueprints of a ship the ship? No, but it does describe it pretty well. Moreover, how can we base our definition on parts of us that aren’t stable. If we loose a limb, are we less ourselves? Are we still us when we decay? The fact is that every atom in our body will change before we die, but we as beings won’t.
Even our DNA doesn’t define us at the core level. Our body hosts microbes and a flora we couldn’t live without, even our cells couldn’t stand a chance without mitochondria, which have their own DNA.

If it’s not the blueprints, then maybe it’s what they are used for when they are thrown in a world. Are we defined by what we do, what we have lived, the memories, what we like and dislike.
Then what if we changed our mind? Or lost some memories? This is also not a stable thing.

Is it our capacities and abilities, that define us — Being able to do specific activities. Probably not.

All those sum up to being reduced to labels, just like social medias and search engines indexing their users. Are we the air in filter bubbles: Ready made templates for Big Data analysis?

We’re deeper than that.

There’s an artistic and poetic view in a person. People have character, ideologies, personality. Everyone has a touch and reaction to surrounding events.

Something that holds us together, that connects us with a world, a narrative, a story. It’s tied with our personality, our desires, what we believe and know.

Most won’t argue at this point that loosing this part of ourselves means loosing who we are. Is this going to be the end of our road? I’d like to challenge this basic concept.

The narrative cannot be untagged from a person but it’s not controlled either. A personality, the one perceived by others, and the internal perception of oneself, is built by the collection of things around us. It’s the line connecting the parts. We’ve been asking the wrong question: Removing a property and wondering “Would I still be me?”

The answers are irrelevant, non-sensible. The parts we’re removing interact with one another, they are the vibrations of the instruments in a symphony. Or more like particles in a cloud.
It’s frightening at first to realize that the musicians of our music hall aren’t directly chosen by us. Our brains can’t handle this amount of interdependencies. Furthermore, we can’t choose our own thoughts: We cannot think of an idea before it emerges in our head. And at the same time we truly do!

We’re tackling the domain of free will. We could go down the blank slate hole, but we wouldn’t get out with an answer to our question.

We are vehicles interacting with other vehicles in the psychodynamics.

A meme is “an idea, behavior, or style that spreads from person to person within a culture”.
A meme acts as a unit for carrying cultural ideas, symbols, or practices that can be transmitted from one mind to another through writing, speech, gestures, rituals, or other imitable phenomena with a mimicked theme.

The transfer of psychological wisdoms and of the spirit of the era a person lived in, are where our answer lies. We are a token of our time, we are time machines.

To take this a step further, this essence can live on after death. Others remember your path, not analogously, and maybe not directly, but as a movement in a stream. The essence is us and not ours at the same time. We are new movements, new notes.

So, what is going on here? The world is not objectively divisible into separate objects. Boundaries are, roughly, perceptual illusions, created by our brains. Moreover, which boundaries we see depends on what we are doing—on our purposes.

However, boundaries are not just arbitrary human creations. The world is immensely diverse. Some bits of it stick together much more than other bits. Some bits connect with each other in many ways besides just stickiness. The world is, in other words, patterned as well as nebulous.

Therefore, objects, boundaries, and connections are co-created by ourselves and the world in dynamic interaction.

I am not following any religion. God is not a concept that I find convincing, it’s a social construct. Existentialism and eterinalism makes people believe and do all sorts of things. However, what I’m proposing here is concrete and beautiful.

We are above physicality, we are metadata and exist only as concepts, in the same realm as mathematics, at least our essence is. And there is no definition to this essence. We are the connections that happen within a timeline of streams of connections.

This is spirituality. Though without spirits and nebulous. There’s no need for religion.

Grasping the concepts and ideas, the understanding and awakening to a world beyond physical, is deeply heart shaking. We have social connections with one another, but what should we make of other kinds of connections — Connections that happen without thoughts. Connection we control but at the same time don’t. When we stop interacting, stop processing… When we meditate. Being rather than doing.
The universe mirrors itself in us, it reflects on its own endeavour.

Are we still?
What does it mean to live and to die. There are boundaries and at the same time aren’t.

We’re only left with a nebulous answer.

What are we?
A part of a symphony.
Remembering us is remembering our melody.
Some end silently, some end in cacophony.
What are we…

Update: You can read another one of my article “Scale and arguments” to understand a bit more about my point of view about consciousness, the self, and the differentiation.